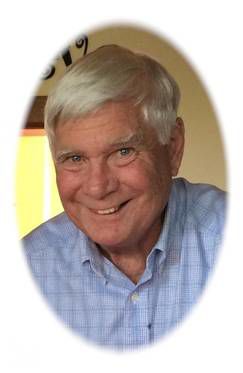 The PEI Golf Association is mourning the loss of one if its greatest ambassadors & volunteers, Cliff Goodwin.

Cliff was responsible for starting the Senior Men’s Golf Tour in the late 1990s. He won the Toby MacMillan award for volunteerism, and outstanding contribution to golf on PEI. He won the PEI Senior Player of the Year at least five times and participated in several Canadian Senior Championships as a captain of the Island team, as well as being a competitor.  Cliff was a member of the PEI Golf Association Board of Directors and also the Board of Golf Canada.

He was respected for his mild demeanor on and off the course, but also for his fairness and competitiveness.

If you were to ask any of the Senior players over the past twenty years, you would not find anyone who didn’t respect him for his play, and for his leadership in promoting the game/tour.

Cliff was part of a group of three people from Nova Scotia, New Brunswick and PEI who developed the Maritime Senior Challenge, a yearly Match Play team event between the three provinces, that has been played for the last dozen or so years. Cliff was invited to attend the event this year in Moncton by the Commissioner of the competition, where he was to be honored for his years as a competitor, and for being the Island representative. According to the Commissioner, he put off confirming his attendance to see how he was feeling, he passed away a week or so after that conversation.

The PEI Golf Association would like to pass along our condolences to the Goodwin family.

Visitation will be on Friday, April 26th, at Princetown United Church in Malpeque from 1:00pm to 3:00pm followed by a Memorial Service at 3:00pm. After the service, all are invited to celebrate Cliff’s life at an ice cream social at the Malpeque Hall across the road.